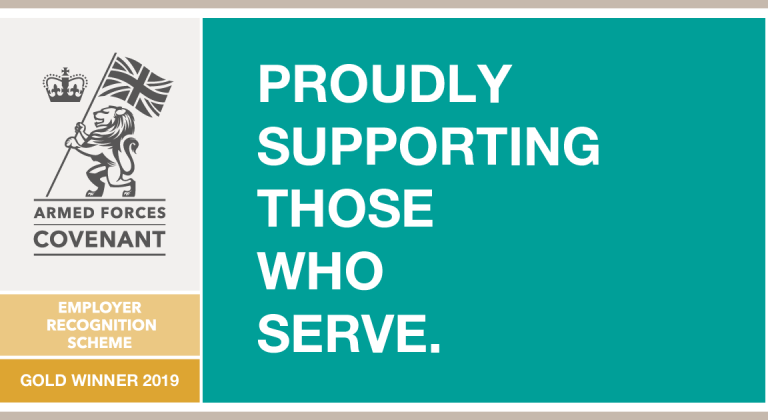 This week, the CCG received the brilliant news that it’s been awarded gold status in the Ministry of Defence (MoD) Employer Recognition Scheme (ERS).

Gloria Middleton is the Armed Forces Lead at the CCG. She said: “We’re absolutely thrilled that the Ministry of Defence has recognised our commitment to veterans and other military personal by awarding us gold status.

“Staff across the CCG and in our GP practices have embraced an ethos of support, understanding and flexibility when it comes to working with and for the veteran community. We’re all very proud and I know this will spur us on to making ever greater efforts for our veteran colleagues and patients.”

David Britton served in the Royal Air Force for 22 years and is now a Cadet Forces Adult Volunteer. He is employed as a Commissioning Manager for NHS Sunderland CCG and says, “It’s excellent that Sunderland CCG affords additional special leave to staff who are in the Armed Forces Reserves and that support is extended to their families when individuals are deployed on active service.

“Employer support for reservists is vital as the regular Armed Forces now rely heavily on the reserves in times of need around the world.  Having been deployed on numerous occasions it was important for me to know that my family were being looked after and supported whilst I was away.”